Julie Loyd is a professional indie folk singer-songwriter, toting along her banjo, guitar and heart-thumping, lyric-driven songs. Loyd is a seasoned performer with 20 years of experience on the stage – 10 years touring nationally (170+ shows per year) – and a stage presence that Curve Magazine characterized as "kick-ass.” She grew up as a child of musical theater and while her music is deeply rooted in the modern folk tradition, her ability to convey deep meaning through her performance is what makes her live shows so special. Her tours have included performances at prestigious listening rooms such as Bluebird Café (Nashville), Club Passim (Boston), The Bitter End (NYC), The Iron Horse Music Hall (Northampton), Hotel Café (LA), and Schuba's (Chicago). Her tours have always been notable, performing with artists such as Shawn Mullins, Patty Larkin, Alana Davis, Michelle Malone, and Chris Barron (of the Spin Doctors), to name a few.

Over her career she has released 6 solo albums that range from folk-pop (The Waiting Room, produced by David Perlick-Molinari of French Horn Rebellion) to indie-grass (Dandelions & Party Queens, produced by Evan Brubaker) to her latest indie-pop EP (What The Waves Said produced by AG of The Rescues). She’s currently working on songs for her 7th album which is expected to be a return to her indie folk, acoustic-driven roots. 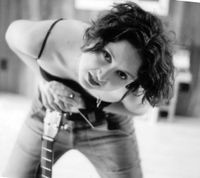 Event starts at 5pm, music starts at 6! A house concert is great music in a comfortable setting - this time on the patio! Hosts are planning at least one per month on a Sunday evening from 5 - 8 pm with the musician beginning at 6 pm with the first hour for mingling and socializing, music will begin at 6:00pm. Water, sodas will be provided. Feel free to bring your own beer, wine or other. Please feel free to bring a dish and plan on contributing something to the donation jar for the artist. About the producer: Marissa Lerer, Owner and Chief Roadie of The Listening Booth, Lewes, DE https://listeningbooth.com/ 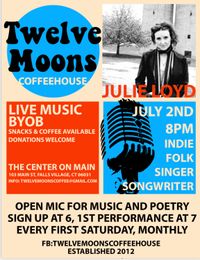 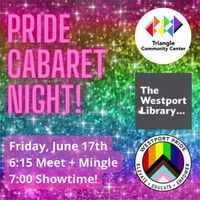 Julie will have the great pleasure of playing a couple songs accompanied by the Tom Zovich on drums, and also performing a musical theater duet with Sarah Ferro!

The evening will begin at 6:15pm with a chance to mingle and visit information tables from Westport Pride and Triangle Community Center. Show starts at 7pm. The event is free, you just need to register at the link below. 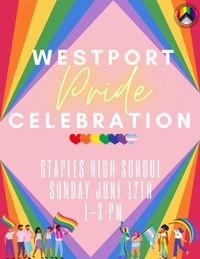 Julie will do a short set as the closing act for Westport Pride's 2nd annual pride festival - likely around 2:30pm. (Julie is also proud to be a founding member of Westport Pride!) 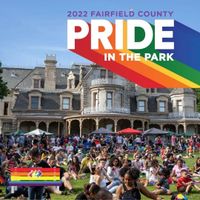 Julie will do a short set as part of this incredible afternoon of celebrating Pride! From 12-2pm there are also tons of family activities with the littles, so come down with the whole family. 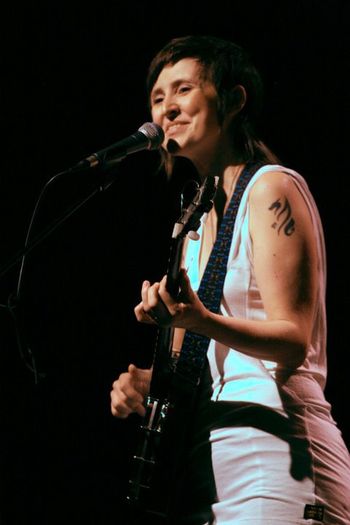 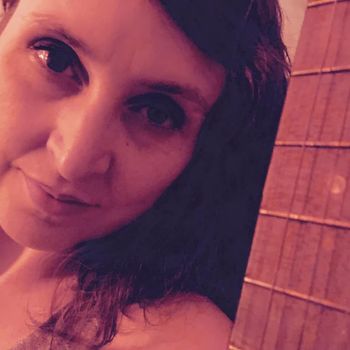 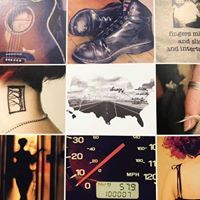 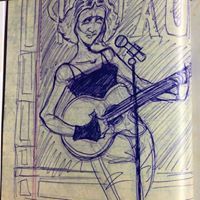 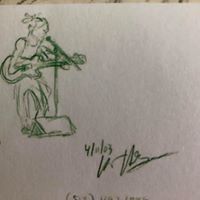 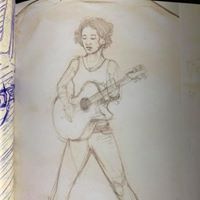 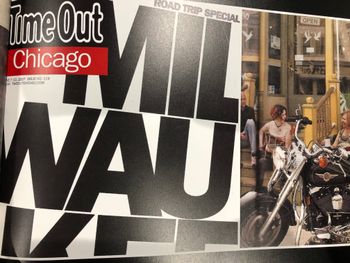 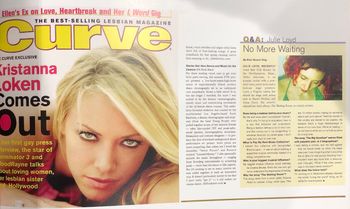 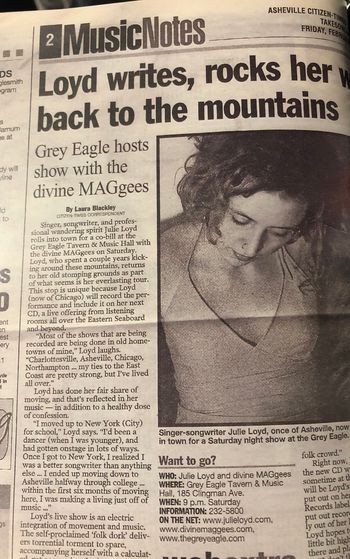 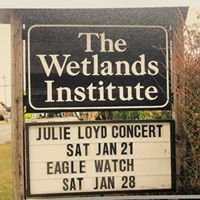 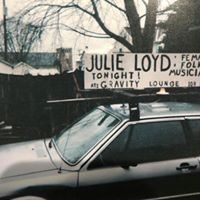